RMA Publicity has secured our first TV interview of the New Year.
Bootstrap Entrepreneur author John Miller was interviewed on WCCO TV's Mid-Morning on January 4th. He shared the story behind how he built a technology company into a multi-million dollar business in the 1970s.

Author Judith F. Brenner Signs Copies of "The Moments Between Dreams" at Minneapolis Barnes and Noble on Jan. 7 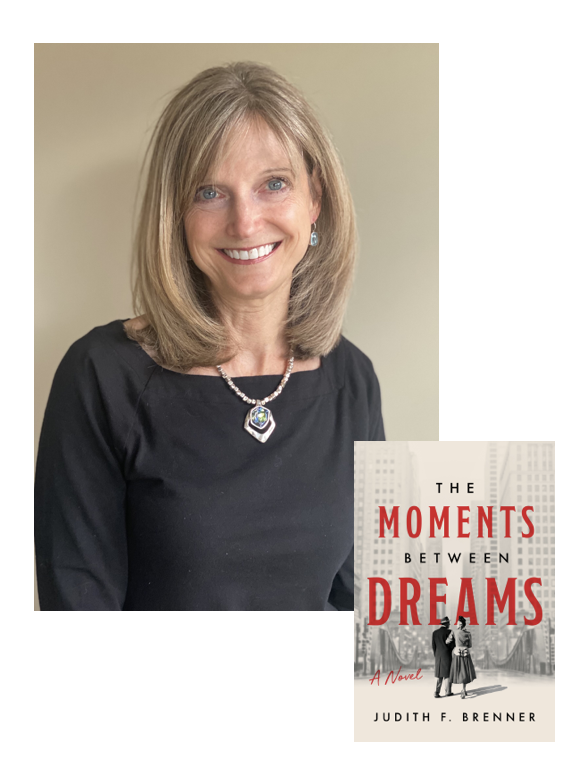 The holiday season is over, but the problems it has brought on are sure to linger. Stress from holiday shopping, finances, and planning can aggravate volatile personalities.
Domestic violence is prevalent in today’s society, and Judith F. Brenner incorporates this topic in her debut novel which explores a story of courage during WWII and the polio epidemic. The Moments Between Dreams was recently named a Top Notable Indie Book by the book review magazine Shelf Unbound.
After a national book tour, Brenner signed books at the Barnes and Noble Booksellers store in Minneapolis on January 7. A preview story about the event appeared in the Dec. 22 issue of the MN Sun Current newspaper.

More information can be found on the author’s website: Judithfbrenner.com 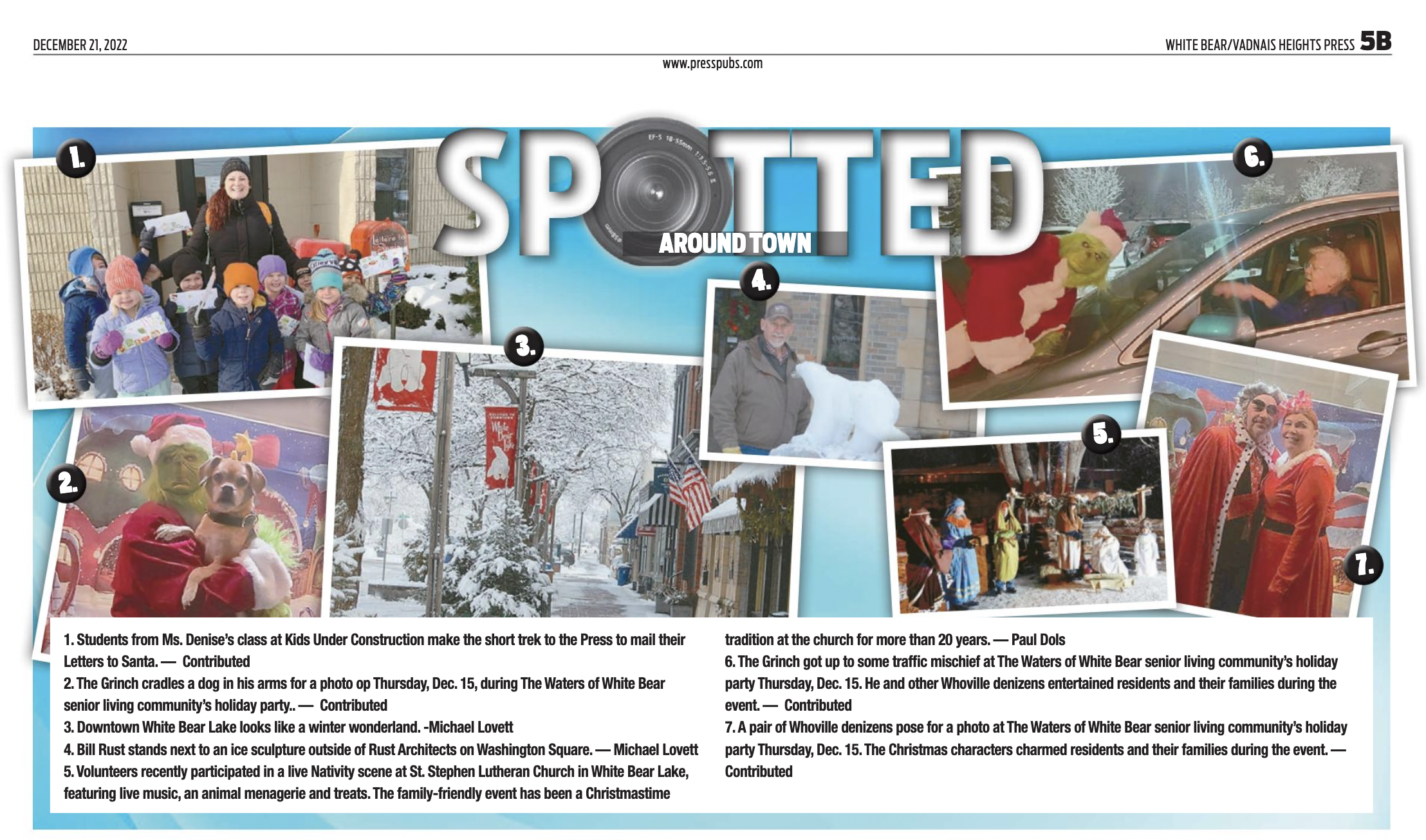 The theme of this year's holiday party at The Waters of White Bear Lake was "Meet the Grinch," and staffers did a great job getting attention!  Several of them dressed up for the occasion.

Members of the community who attended the free party were able to pose for pictures with The Grinch and several of the Whos…. Cindy Luo Who, Betty Who,  Martha Mae and the Mayor to name a few. They also enjoyed the free hot chocolate being handed out.

The White Bear Press featured the party in its Spotted Around the Town column published on December 21st.

Santa Pays A Visit to The Waters on Mayowood Senior Living Community in Rochester on Dec. 16

During the holiday season, one of the most enjoyable things to do on a cold, winter night is to drive around and enjoy all the holiday lights on display. The evening of December 16, residents of Rochester did that and more.  The Waters on Mayowood senior living community hosted its second annual community holiday party in its parking lot.

Sister Luv, a local group of musicians made up of four real-life sisters with a passion for entertaining, performed, and Santa and Mrs. Claus made an appearance as visitors enjoyed hot cocoa, popcorn and candy.

They also had the added delight of live TV news coverage. Both KTTC (NBC) and KIMT (ABC) went live from the party during their six o'clock newscasts.
Learn more about The Waters, where residents and team members thrive, at TheWaters.com.