(Walpole, NH) - Do a Google Search for “King Arthur” and you’ll be amazed by the number of entries that pop up. Many make reference to Sir Thomas Malory’s compilation, “Le Morte d’Arthur” (The Death of Arthur), which is perhaps the best known version of the story.

First printed in 1485, the compilation contains the entire story of King Arthur’s life. It includes the stories of the Knights of the Round Table, and Arthur’s quest for the Holy Grail.

Ceara Comeau, 27, of Walpole, N.H., remembers hearing bits and pieces of the stories over and over again as she was growing up. “My dad pretty much raised me on Celtic mythology,” she says. Celtic mythology features stories from Britain, Ireland and Wales; and King Arthur is the most recognizable Celtic tale of them all.

As an accomplished world builder with eight books out already, when the time came to work on book number nine, Comeau decided to do a different take on the stories she already knows so well. The boy who became King, Merlin’s magic, the love story of Lancelot and Guinevere, and the evil plots against King Arthur by his half-sister were the inspiration behind her latest novel. Heroes of Avalon – Book One: The Knight of Two Realms is intended to be a trilogy.

Comeau’s version of the Arthurian legend features many of the same characters you’ll find in the original story of King Arthur, but that is where the similarities end. “In most of the movies and TV series that have been done, Arthur is British. I decided to put an Irish twist on the story because I was actually in Ireland when the idea for the story came to me. I also added Celtic gods to the mix,” says Comeau.
In The Knight of Two Realms, readers are introduced to characters with the same names as those in the King Arthur stories; but Comeau’s characters are nothing like their counterparts. “When it came to character development I did a lot of ‘what ifs,” she says. “I thought what if instead of being a benevolent fairy I made Nimue evil. What if I made some of the other characters their polar opposites?”

In Comeau’s story, Arthur is a god from a completely different world, who along with his three cousins ended up on Earth as punishment. And while in the original story Guinevere was married to King Arthur, but in love with Lancelot, one of Arthur’s bravest and most loyal knights, in Comeau’s story, the relationships are changed up. Instead of a love triangle, she makes Lancelot into Arthur and Guinevere’s son. Arthur’s sword, Excalibur, also plays a major role in the story, but a much different one than in the original tale.

Early reviews of Heroes of Avalon – Book One: The Knight of Two Realms have been very favorable. “A wonderfully inviting twist on the traditional tales of King Arthur and the lady of the lake. Pulled me in from the very first paragraphs, can’t wait to hear more from this wonderful author,” said Stephen Jennings in his review on GoodReads.com.

In addition to Heroes of Avalon – Book One: The Knight of Two Realms, Comeau has also authored eight other books, including Memories of Chronosalis and A Scientist’s Remorse, which set the stage for her trilogy. Book Two in the Heroes of Avalon saga is tentatively titled A King’s Redemption. It is scheduled for release in Spring 2021. Book Three’s tentative title is War of the Gods. Comeau intends to release it in Spring 2022.

“In the first book I take the view of the humans. Book Two will be written from the point-of-view of the gods; and the third book is the viewpoint of the villains in the story,” explains Comeau.

All of her books are available for purchase via her website: Cearacomeau.com, as well as through Amazon.com. 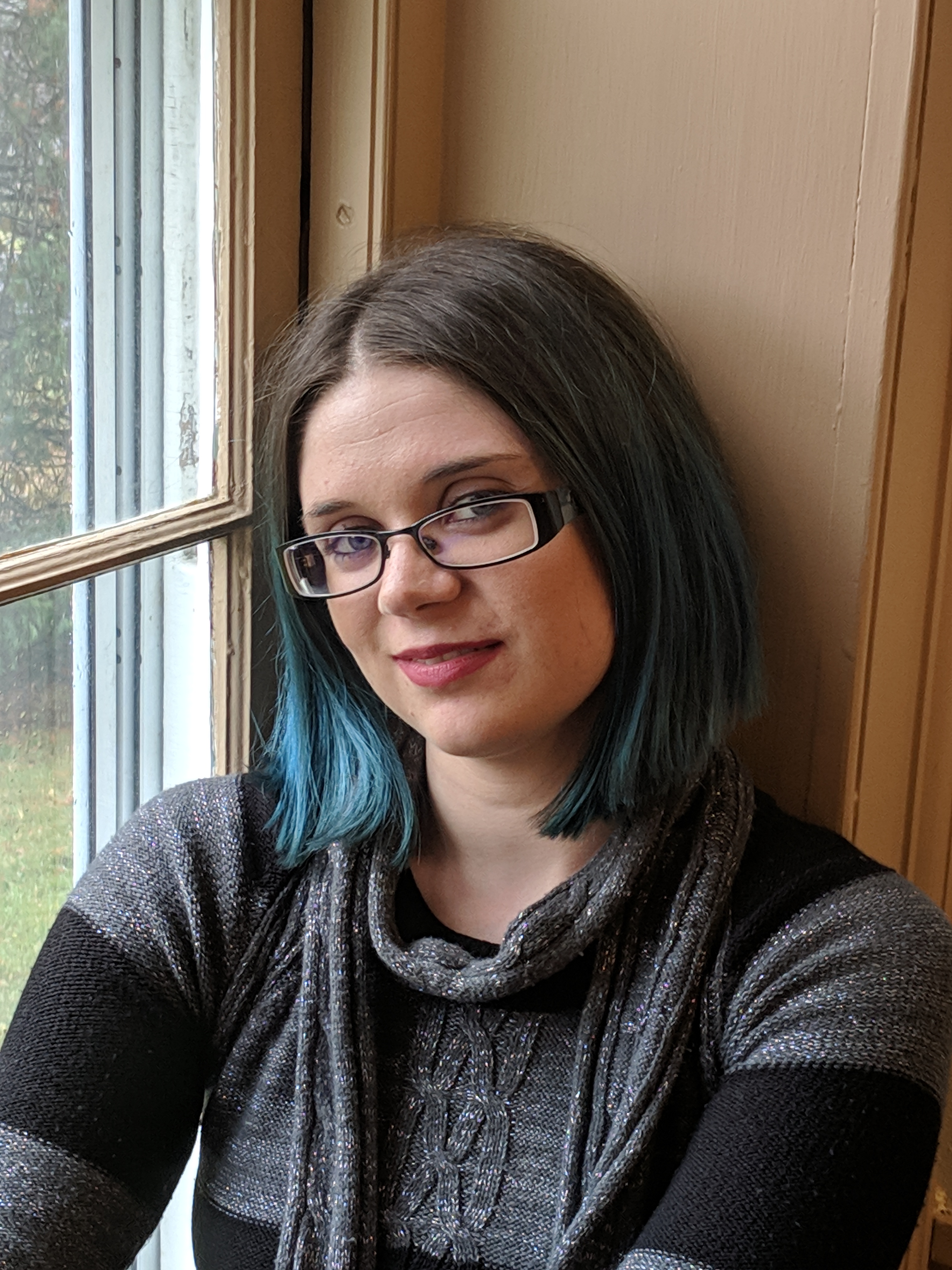 Ceara Comeau, 27, has been writing stories for as long as she can remember. She was just 15-years-old when with the help of her parents, she got her first book published.

“With my Dad as the editor and my Mom doing the formatting, we self-published ‘Amber Oak Mysteries Volume 1’ and ‘Adventures of the Young and Curious,’” says the author, who quickly built up a fan base for her mystery series. “People would write to me and tell me how much they loved my books.”

After finishing the series in 2014, Comeau made the transition from mystery to fantasy and science fiction writing. Her book, Memories of Chronosalis, published in 2018, won The National Association of Book Entrepreneurs (NABE) Pinnacle Book Achievement Award that fall. It was followed up by A Scientist’s Remorse in 2019.
Comeau says those two books set the stage for her Heroes of Avalon trilogy, which takes a different twist on the Arthurian legends. Book One: The Knight of Two Realms was released on Kindle in Feb. 2020. The paperback is also available for purchase.
Book Two in the Heroes of Avalon saga is tentatively titled A King’s Redemption. It is scheduled for release in Spring 2021. Book Three’s tentative title is War of the Gods. Comeau intends to release it in Spring 2022.

When she is not writing, Ceara Comeau enjoys her retail job, and spending time volunteering at middle and high schools in her area. She lives in Walpole, New Hampshire with her husband, Jeffrey.