April is The Month of the Military Child and our national radio tour to promote Mary Linda Sather's Boo Boo Bear's Mission: The True Story of a Teddy Bear's Adventures in Iraq  was a huge success.

RMA Publicity secured interviews in ten cities across the country. The tour kicked off Mar. 26 with an interview on the show, The New Urban Unlimited, on radio station KKNW AM in Seattle. On April 2, Sather was interviewed on WDUN-AM in Atlanta, WFIN-AM in Toledo, Ohio, WTKF-FM in Greenville, N.C., and Daybreak USA,  a nationally syndicated radio show that runs on the USA Radio Network. On April 3, the author was interviewed on WWWI-AM Minneapolis.  On April 4 interviews were done on WDPN-AM in Cleveland, Ohio, and WXGM-AM in Norfolk, Va. On April 9 she was interviewed via Skype on WTVY-TV in Dothan, Alabama. On  April 10, she was interviewed on KMA-AM in Omaha.  Her 10th and final interview took place the morning of April 11 on KLGR-AM in Redwood Falls, Minn.

Afte the tour concluded, Sather had this to say, "WOW! What a great campaign! You opened a whole new world for me with the radio interviews. "

Boo Boo Bear's Mission is the story of how the author's son and granddaughter stayed connected during the second of his three deployments to Iraq. The illustrations for the book were drawn by children from military and civilian families. In addition to sharing a touching story, the book also contains a resource guide that describes specific ways caregivers can support children who are experiencing a deployment separation. 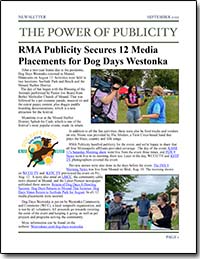